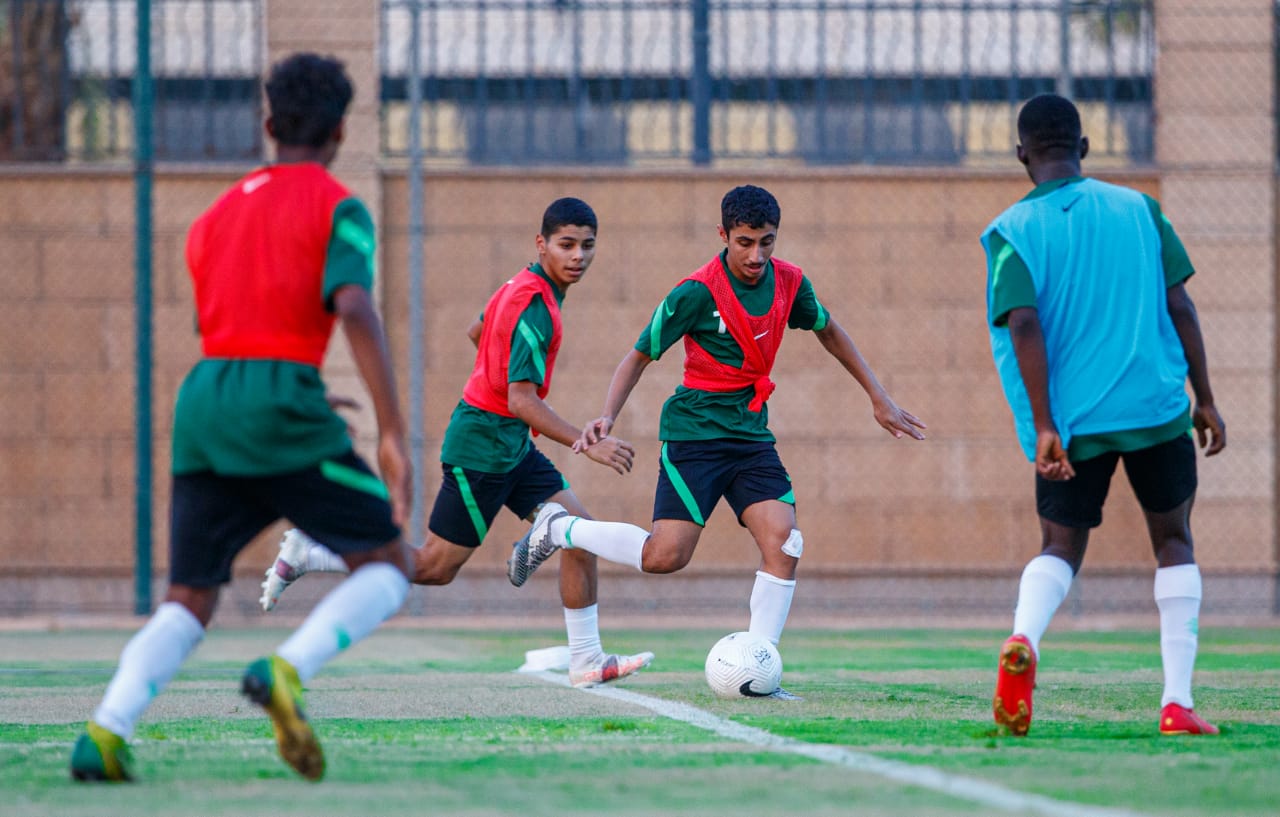 The NT U-17 continues its preparation at Riyadh camp

Today, Sunday, the under-17 national team continued its training in its preparatory camp in Riyadh, which extends until the ninth of next September, as part of the fourth phase of the long-term preparation plan for the U-17 AFC Cup 2023.

The team players performed their training session this evening on the reserve stadium of Prince Faisal bin Fahd Stadium, under the supervision of coach Abdel wahab Al-Harbi and the assistant technical staff.

It is worth noting that this camp is the fourth in a long-term preparation plan that began with exploratory camp, followed by preparatory camps, in preparation for the U-17 AFC Cup 2023.