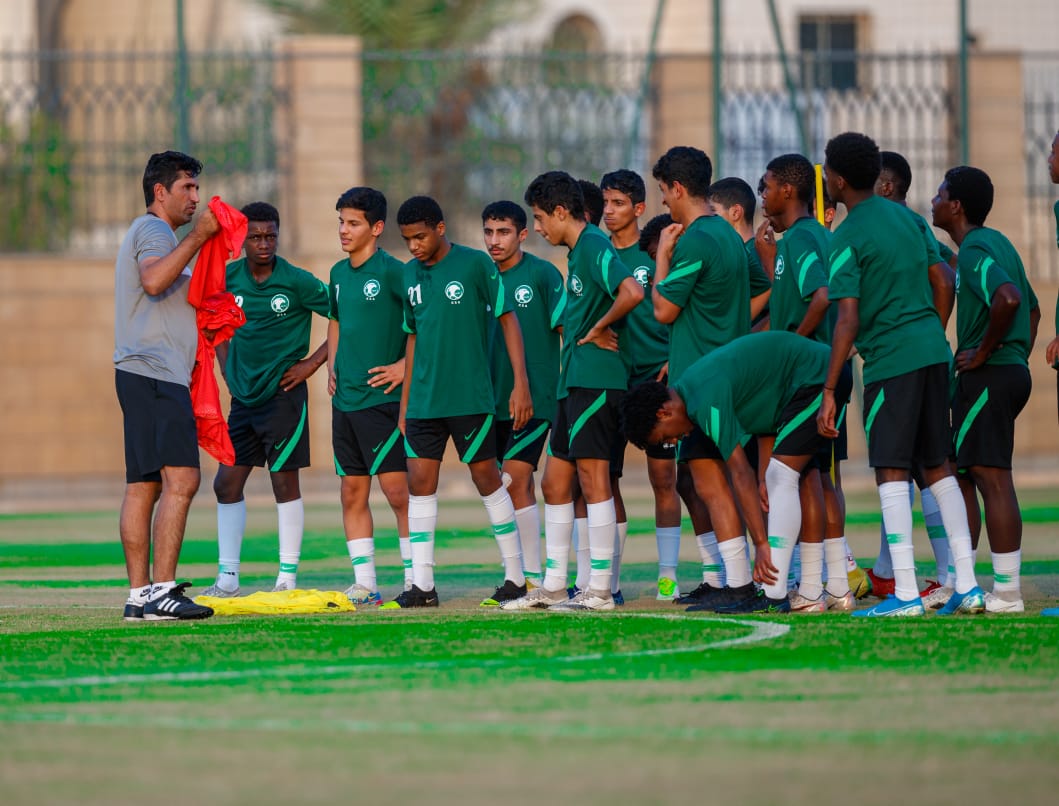 The coach of the under-17 national team, Abdel Wahab Al-Harbi, led the players to apply tactical training on high pressure and the speed of defensive transformation.

This came during the training session that was held this evening, Wednesday, at the reserve stadium of Prince Faisal bin Fahd Stadium, within the preparatory camp in Riyadh, and which extends until the ninth of next September, as part of the fourth phase of the long-term preparation plan for the U-17 Asian Cup 2023.

It is noteworthy that this camp came after a series of exploratory camps, which were followed by 3 preparatory camps, in a long-term plan in preparation for the U-17 AFC Asian Cup 2023.