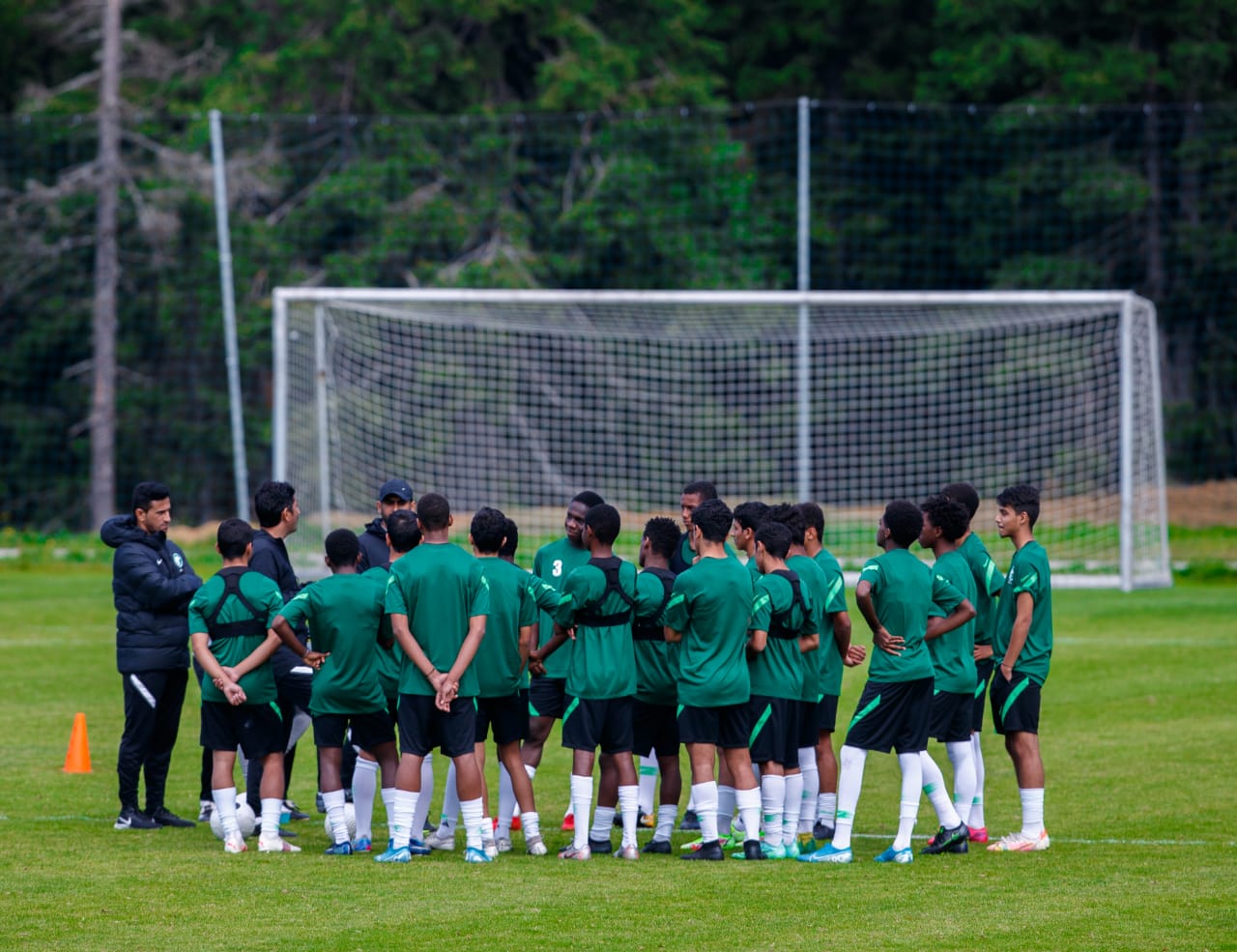 The NT U-17 faces Bosnia and Herzegovina in Slovenia camp

The U-17 national team will play its second friendly match tomorrow, Friday, in its preparatory camp in Slovenia, which runs until the eighth of September, as part of the fourth phase of the long-term preparation plan for the U-17 AFC Asian Cup 2023.

The U-17 national team will face Bosnia and Herzegovina national team, at 7:00 AM, Slovenian time (12 PM, Saudi Arabian time).

On the field, The U-17 national team players resumed their training session this evening, Thursday, under the supervision of coach Abdel Wahab Al-Harbi and the assistant technical staff, during which they conducted a recovery exercise, after the friendly match yesterday, Wednesday, against Bosnia and Herzegovina, which ended with a 4-1 victory.