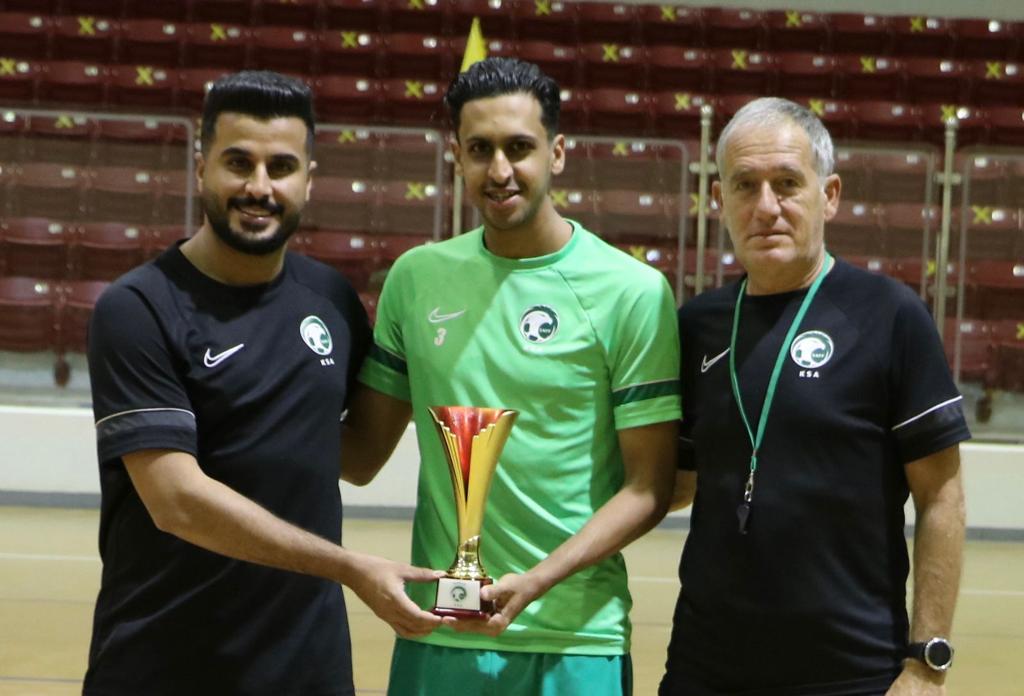 Today (Wednesday), the national futsal team concluded its training camp, which was held in the eastern region, and lasted for 5 days, in the last stage before participating in the third Gulf Sports Games 2022, which will be held in Kuwait from 14 to 23 May.

Today (Wednesday), the national futsal team performed its last training in Al-Qadisiyah Club hall, led by the (Spanish) coach, Andrew Plaza, who divided the training into two periods (morning and evening), during which the players underwent intense fitness and physical exercises, before they were divided into three groups in the evening period to conduct a number of technical and tactical sentences using the ball, focused on building attacks from the back, to conclude the training session with a maneuver throughout the hall.

It was decided that the delegation of the national futsal team will leave tomorrow (Thursday) for Kuwait to participate in the third Gulf Sports Games 2022.

On the other hand; The director of the national futsal team, Abdul Rahman Al-Ramah, accompanied by the coach of the team, Andrew Plaza, handed Nasser Al-Harthy the award the previous camp ideal player award.

This award set by the team's management in order to create a competitive environment between the players to motivate and encourage them to compete and excel.