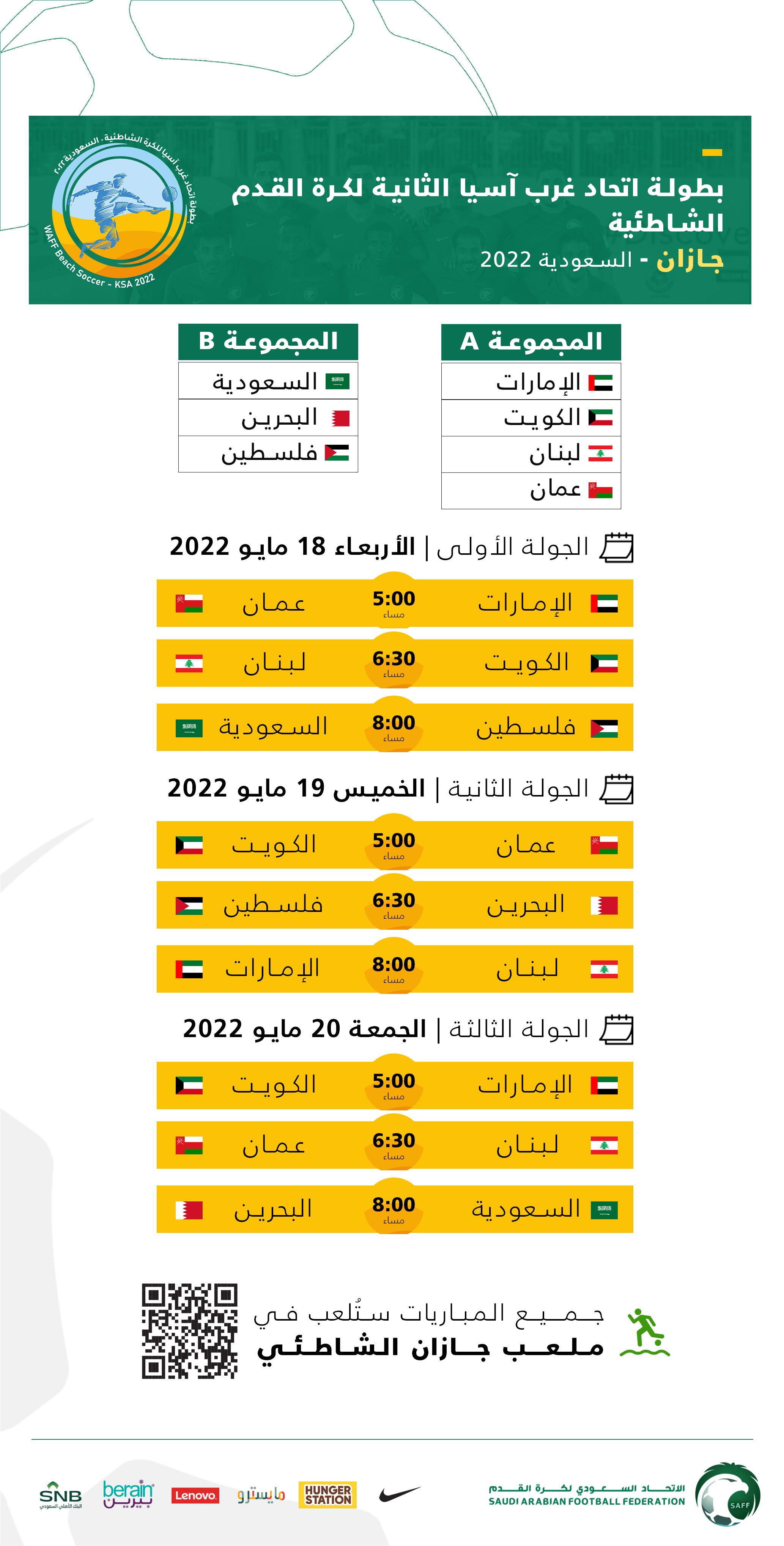 Jazan will host the West Asian Beach Soccer Federation Championship, from 18 to 23 May with the participation of 7 teams: UAE, Kuwait, Bahrain, Oman, Palestine and Lebanon, in addition to the national team which hosts the championship.

The draw of the tournament was held on April 26, in which the national team came to the top of the second group with Bahrain and Palestine, while the first group included UAE, Kuwait, Oman and Lebanon.

The championship is scheduled to start next Wednesday with 3 matches between our national team and Palestine, while UAE will face with Oman and Kuwait with Lebanon.

Oman and Kuwait national teams will start the second round matches, which will witness Bahrain's match with Palestine and Lebanon with UAE.

In the third and final round of the group stage, the matches will be between UAE with Kuwait, Bahrain with Palestine and our national team with Bahrain.

The Saudi Arabian Football Federation had completed the preparation of the Jazan Beach Stadium in cooperation with the Emirate of Jazan Region, within 4 days, with a capacity of 2,210 fans, as the stadium is located north of the North Corniche.

It was also decided that entry to the tournament matches would be free for individuals and families, with a number of folkloric events and entertainment shows.