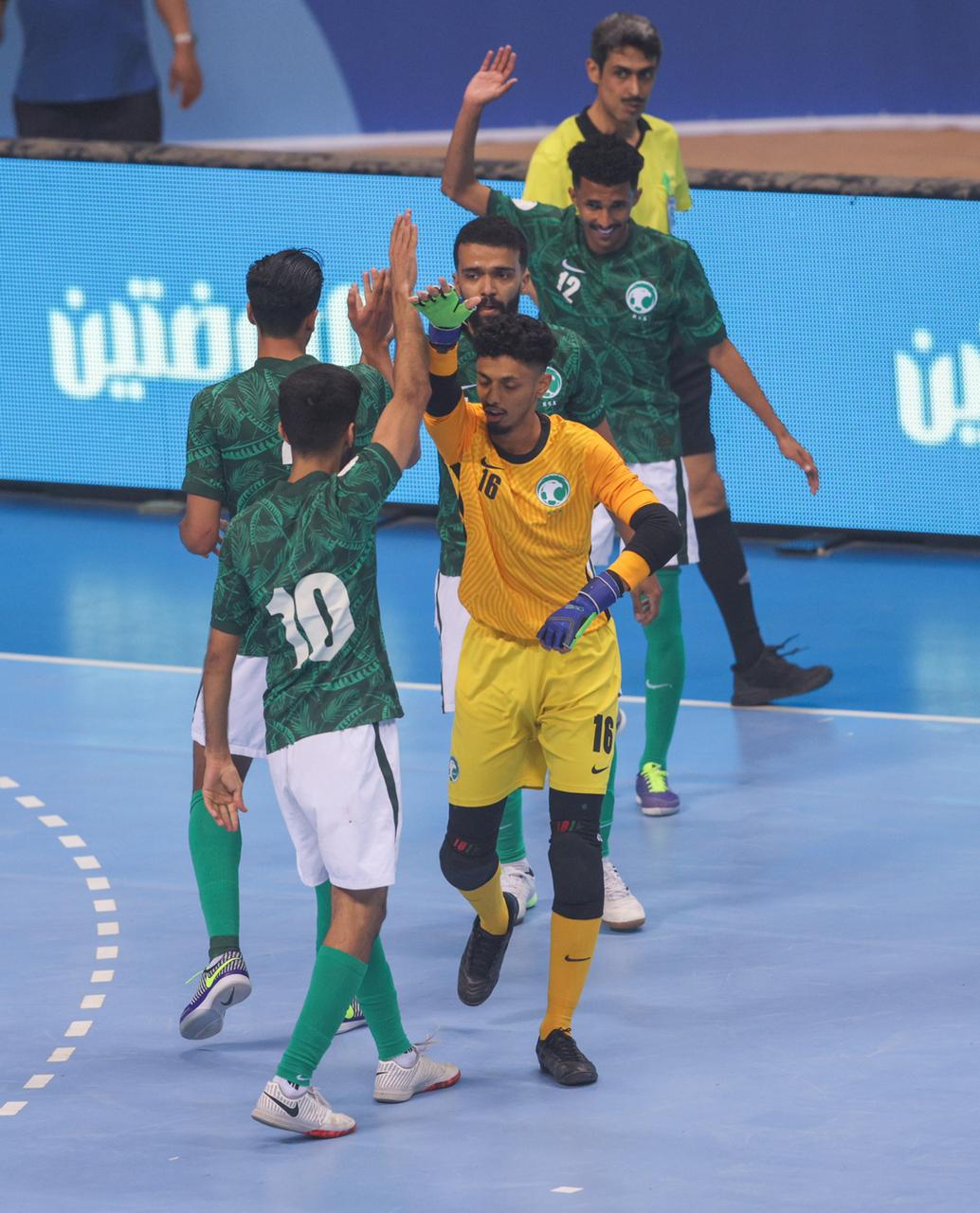 The national futsal team started its campaign in the third Gulf Sports Games currently being held in Kuwait, by defeating Bahrain 3-1.

The national futsal team controlled the match from the beginning, but that the first half ended in a 0-0 draw.

The national futsal team scored the first goal through Mohsen Faqihi in the first minute of the second half, then continued its control until Fahd Al-Rodaini added the second goal in the eighth minute, and in the sixteenth minute Bahrain national team reduced the result by scoring the first goal.

Bahrain national team continued its pressure in order to equalize, before Moaz Asiri scored the third goal for the national team, to collect its first 3 points.

The coach of the national futsal team, Andrew Plaza, expressed his happiness for winning the first match and collecting the first three points.

He said, "We won at the beginning of the journey, and this is certainly a good thing and this is important for us, and we must now think about Kuwait match next Wednesday, and work on it".