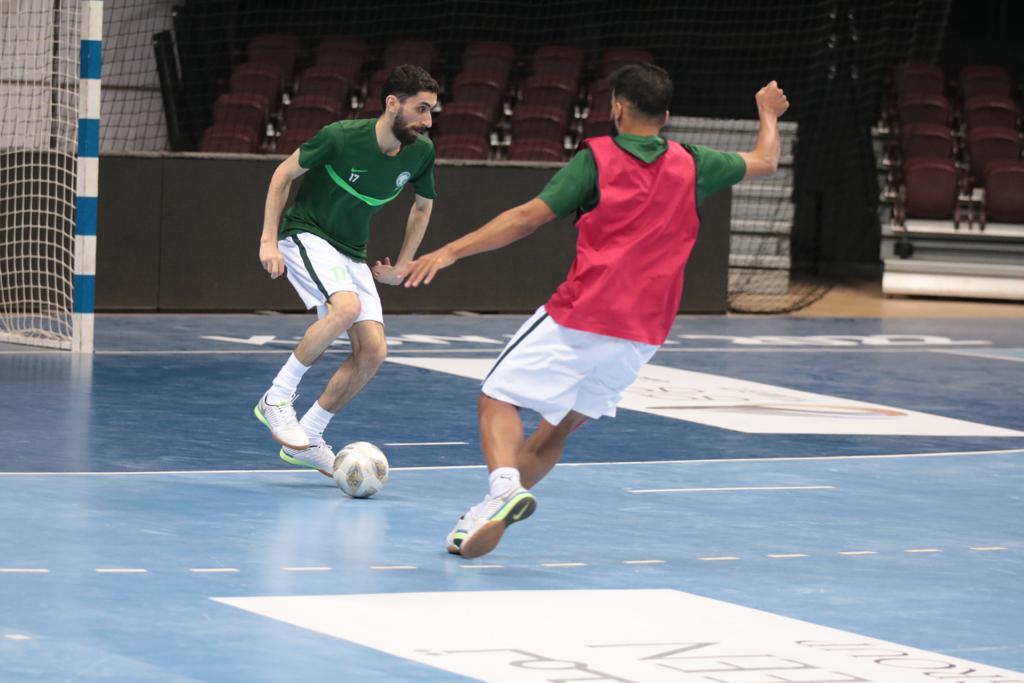 Today (Tuesday), the national futsal team finished its preparations for Kuwait match by conducting a training session at the Shaikh Saad Alabdullah Sport Hall Complex in Kuwait led by coach (Spanish) Andrew Plaza, who focused on the strengths and weaknesses of Kuwait national team, to conclude the training session by holding a maneuver in the entire hall, by the participation of Mohammed Al-Khammas after medical examinations revealed that he is not injuried after suffering in Bahrain match.

The national futsal team opened its campaign in the tournament by defeating Bahrain national team, 3-1, to gain its first three points at the beginning of the journey.