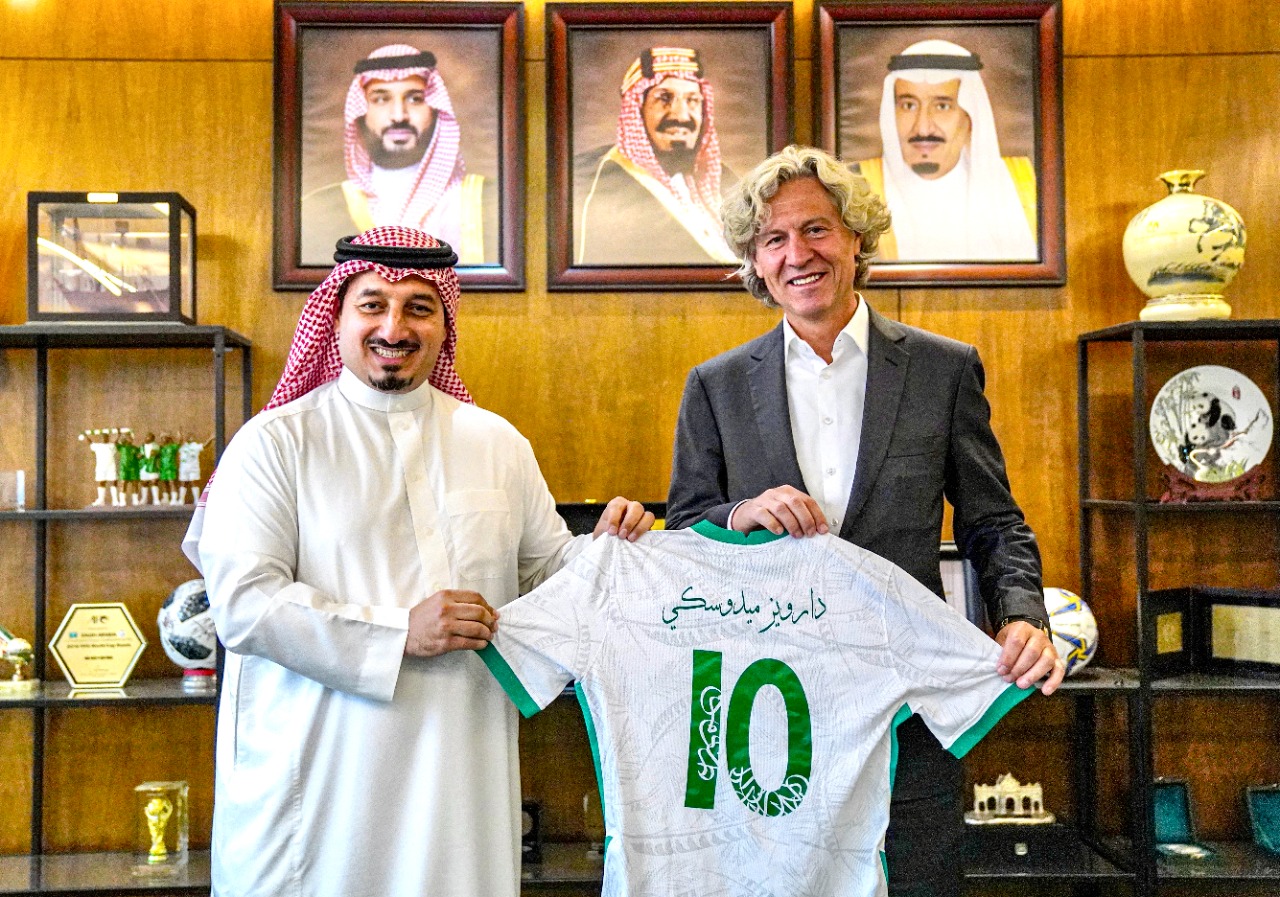 Al-Mishal meets the owner and president of Legia Warszawa FC

The President of the Saudi Arabian Football Federation, Yasser Al Misehal, met, at the headquarters of the Federation in Riyadh, with the owner and president of the Polish club Legia Warszawa and the Vice-President of the European Club Association, Mr. Dario Miodowski, accompanied by the club’s board member and CEO of the Training Center, Mr. Thomas Zakorski

During the meeting, which was attended by the Director of International Relations in the Saudi Professional League, Abdulaziz Al-Adadhi, they discussed ways of cooperation between SAFF and the European Club Association to serve Saudi football, as part of SAFF's plans to enhance international cooperation to keep pace with the development witnessed by the world of football.

For his part, Miodowski praised the development that Saudi football has witnessed in the recent period, expressing his aspiration for cooperation with SAFF and the Professional League during the coming period.