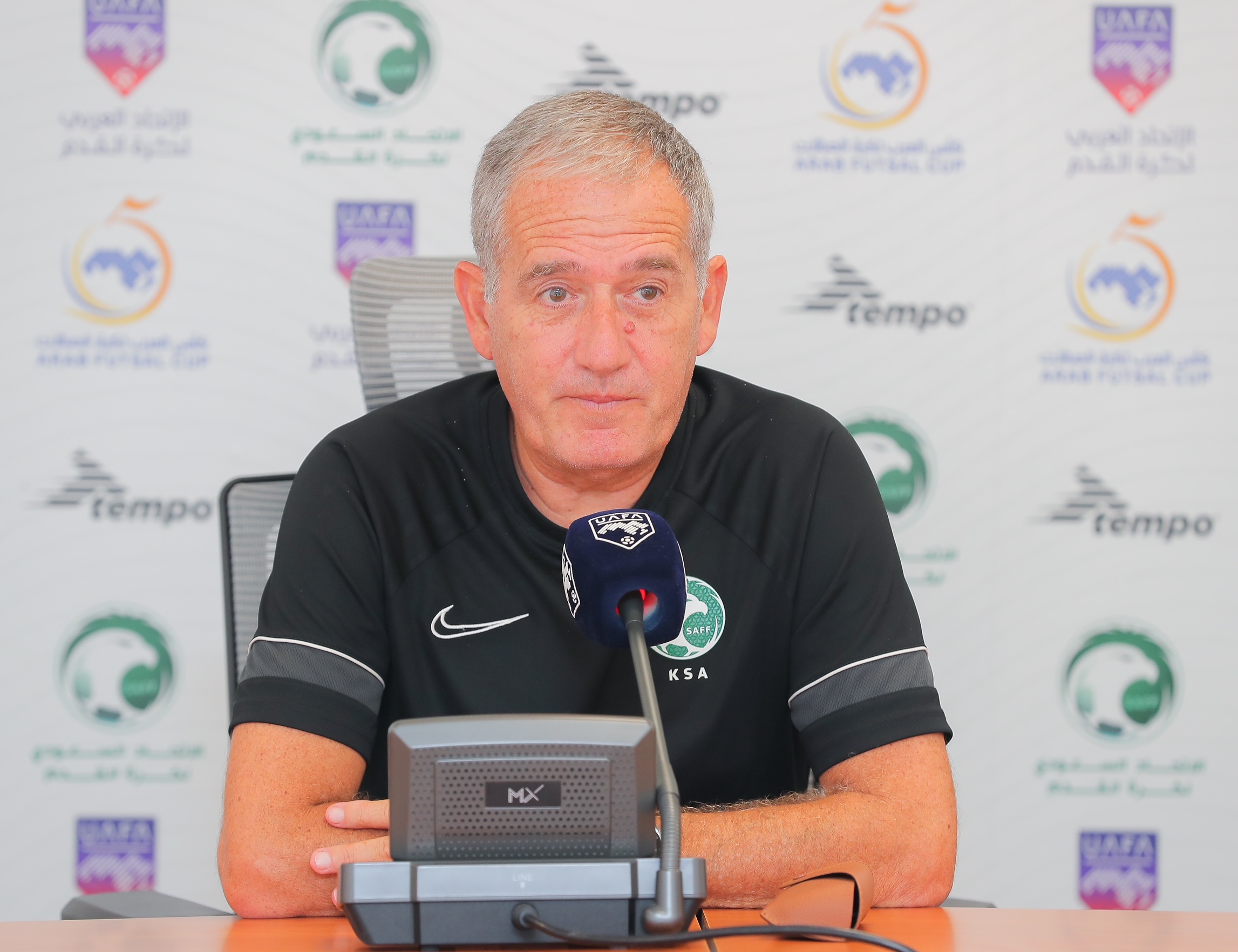 The national futsal team will open tomorrow (Monday) its matches in the sixth Arab Futsal Cup for national teams, which will be held in Dammam, from 20 to 28 June.

The national futsal team will face Palestine at the opening of its matches in the championship at 9:30 pm at the Ministry of Sports hall (Green Hall) in Dammam.

The national futsal team finished its preparations for the match by holding a training session in the hall that will host the championship matches, led by coach (Spanish) Andrew Plaza, who drew up the plan that he will adopt in the match and implement it in the training session, to conclude with a maneuver on the entire hall.