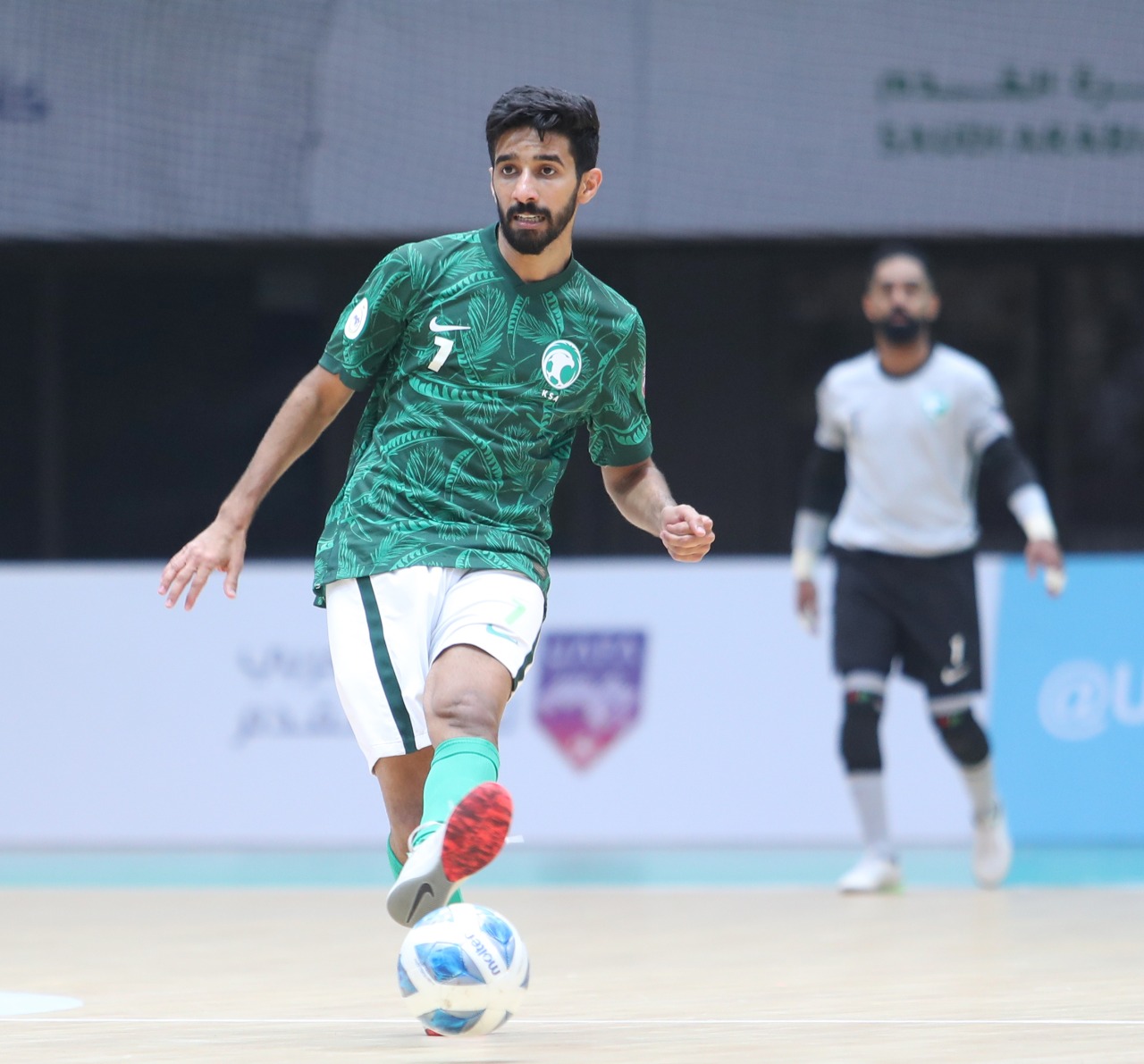 The national futsal team will face tomorrow (Wednesday) Libya, in its second match in the sixth Arab Futsal Cup for national teams, which will be held at the Ministry of Sports hall in Dammam.

The technical staff of the national team, led by (Spanish) Andrew Plaza presented a number of technical cases that occurred in the last match against Palestine, discussing them, treating them and how to implement them in the proper way and avoid them in the next match.

It is noteworthy that the national futsal team will play the match with a chance to win to ensure qualification for the round of 8.