On Wednesday, October 19, the Saudi Arabian Football Federation will hold its fifteenth regular general assembly in the capital Riyadh, as the 47 members who represent the clubs have been invited in accordance with paragraph 1 of Article 22 of the statute of the SAFF.

The Board of Directors of the Saudi Arabian Football Federation had set, in its regular meeting, the date of the regular general assembly, as the initial invitations were sent to the members of the general assembly on Saturday, September 17, with confirmation of sending proposals to add them to the agenda, if any.

The assembly is scheduled to witness the presentation of the president's report, which includes the activities held since the previous general assembly meeting, which was held on the sixth of last October, as the president of the SAFF reviews the most prominent achieved works during the last period.

During the meeting, the budget statement will be presented after review, the profit and loss statement, in addition to approving the financial reports and approving the budget, voting on proposals to amend the system, accepting memberships, appointing a chartered accountant, and discussing the proposals submitted by members and the Board of Directors 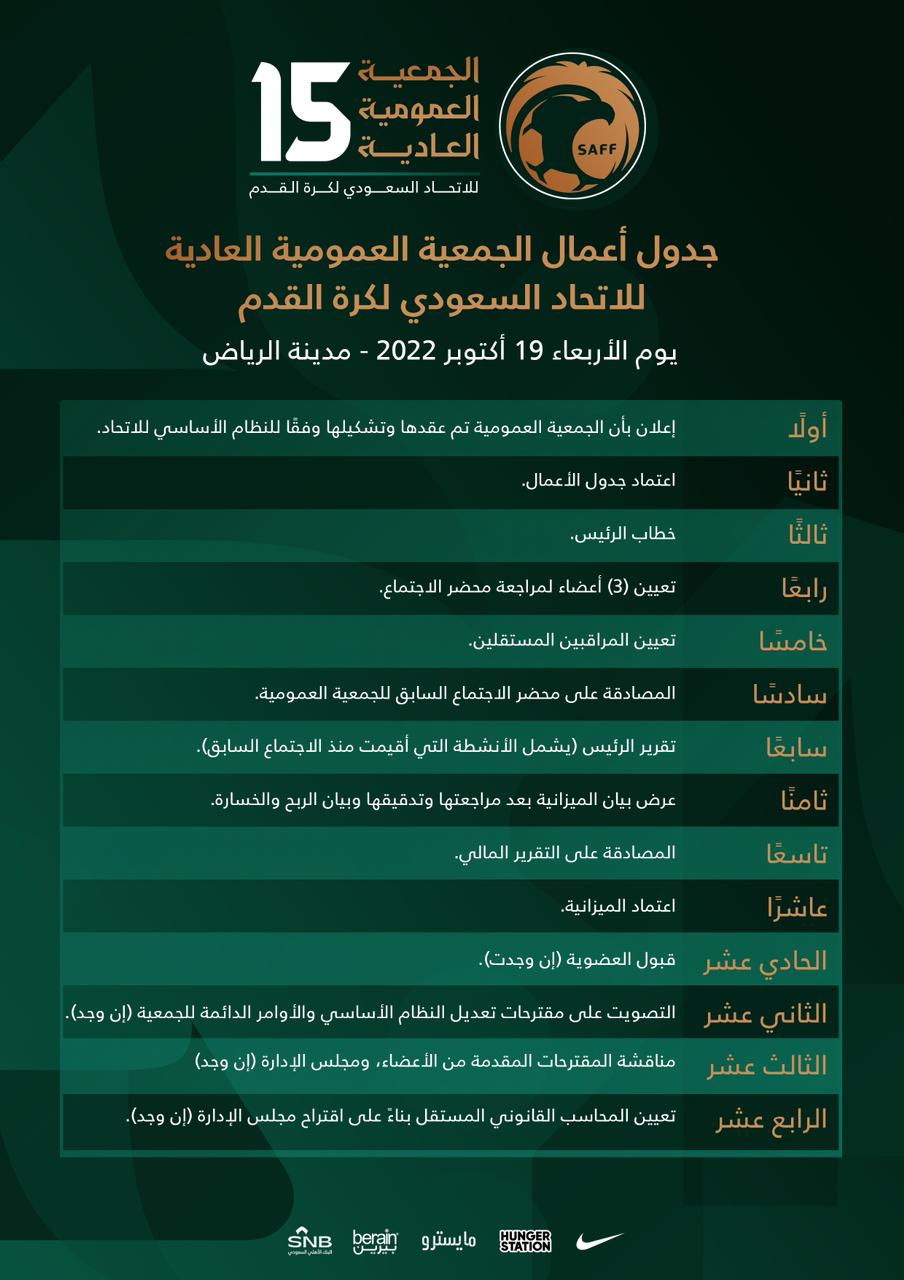 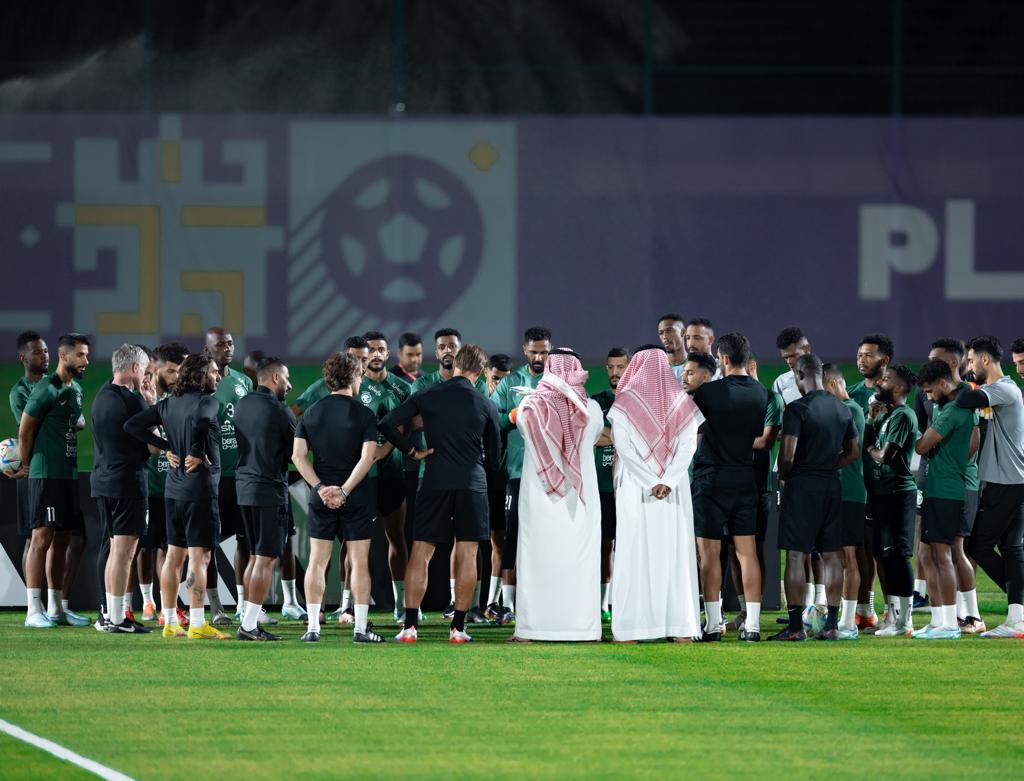 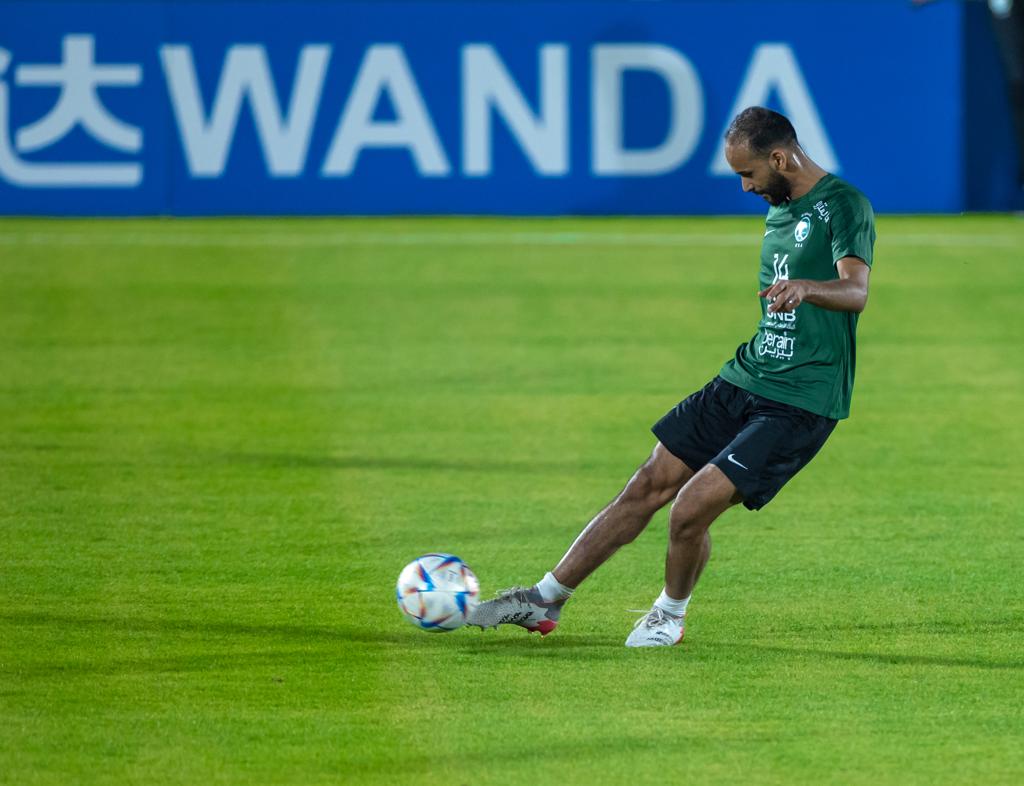 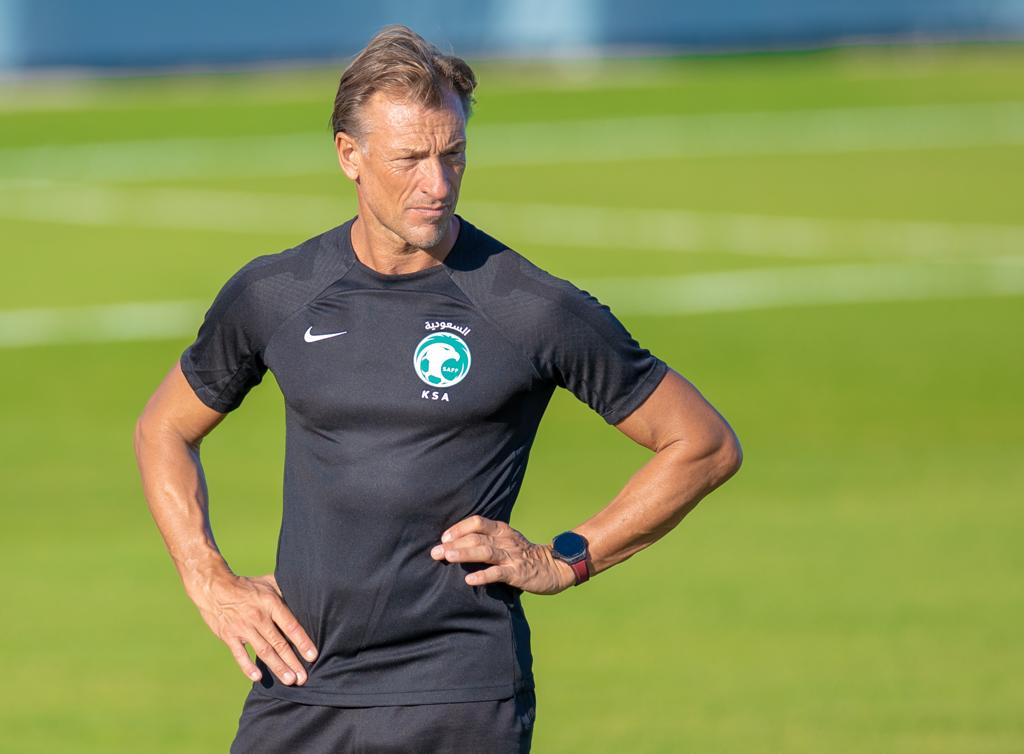