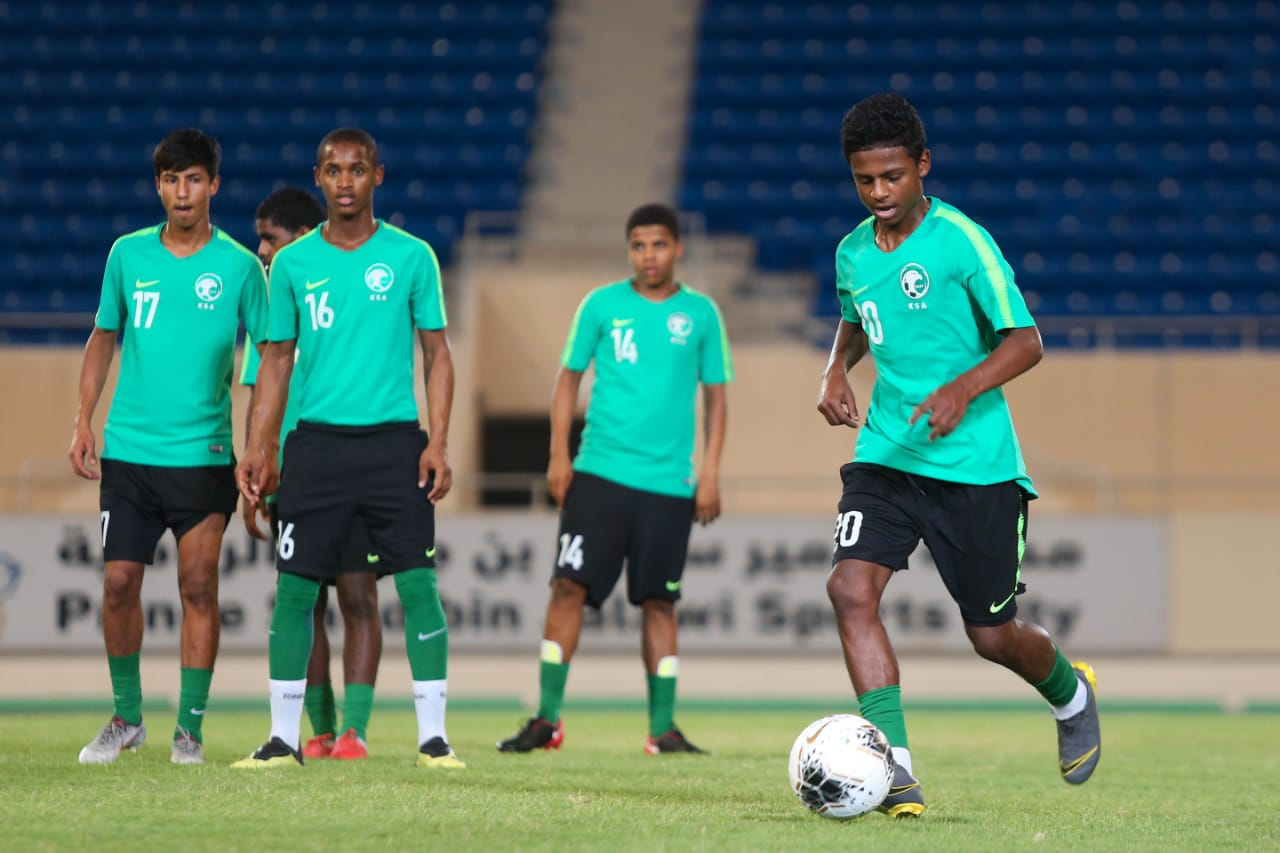 The Saudi u-16 national team, will face Yemen, on Tuesday, in a friendly game, within Al-Khobr preparatory camp, which comes within the last phase of preparations for The 2020 AFC U-16 Championship qualifiers.
The Saudi team will face Yemen, at 9:00 p.m., at Prince Saud Bin Jalawi Stadium, Al-Khobr.
On the ground the Saudi youth team players trained on Monday, under the supervision of Coach Abdelwahab Al-Harbi and his assistants, at Prince Saud Bin Jalawi Stadium, as they performed physical and tactical exercises.
It must be mentioned that, Saudi Arabia play in Group D alongside: Oman, Syria and Pakistan, as the matches will be held in Al-Khobr, and it will kick off in the next week.