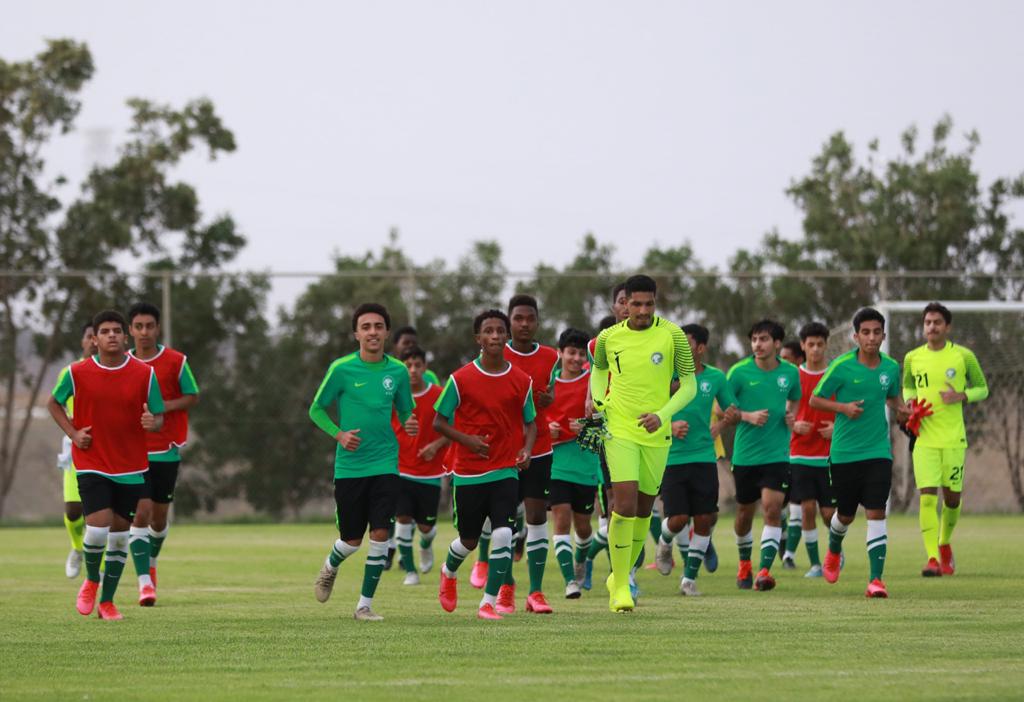 NT U16 campus inaugurates Abha in preparation for Asian

Today, Friday, the national U-16 team launched its training in its preparatory camp in the city of Abha, which comes within the fourth phase of the preparatory program for the AFC U-16 Cup 2020 in Bahrain, which is scheduled to start next November.

Al-Akhdar conducted his training session this evening on the reserve stadium in Prince Sultan bin Abdulaziz Sports City, during which work focused on applying players to various fitness and tactical exercises.

It is reported that the toss for the AFC U-16 Championship 2020 and qualifying for the FIFA U-17 World Cup 2021 placed the national team in Group D, alongside Japan, Indonesia and China.