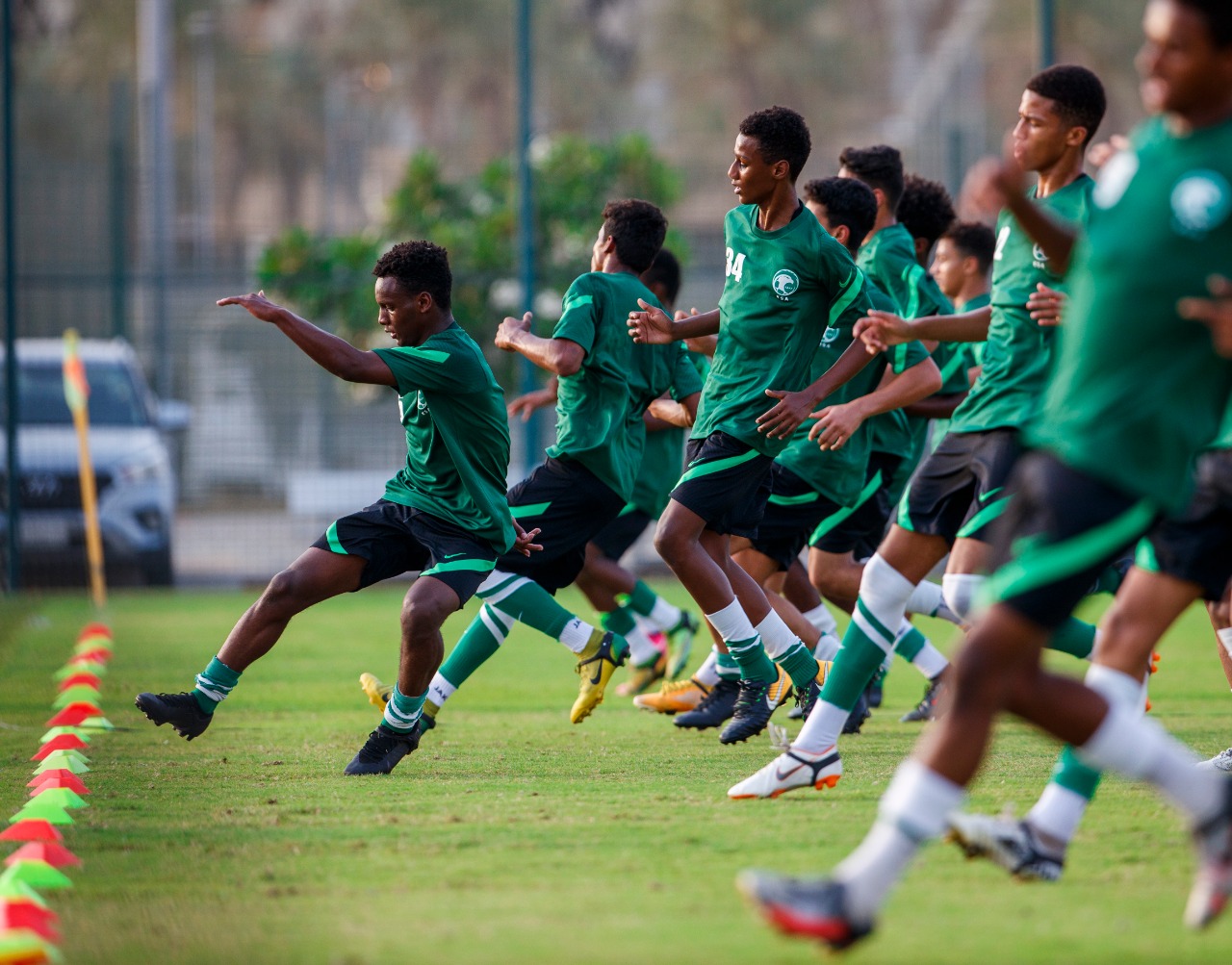 Today, Friday, the NT U-17 continued its training in its preparatory camp in Jeddah, which extends until the tenth of this month, as part of the second phase of the long-term preparation plan for the AFC U-17 Cup 2023.

Al-Akhdar players performed their training session this evening on the reserve stadium in King Abdullah Sports City, under the supervision of technical director Abdel Wahab Al-Harbi and the assistant technical staff, which began with their application of the yo-yo test, followed by training on small spaces to play between the lines and the rapid transformation.

Tomorrow, Saturday, the national team will continue its training at the reserve stadium in King Abdullah Sports City in an evening session.

It is worth noting that this camp is the second in a long-term preparation plan that began with exploratory gatherings, followed by several preparatory camps, in preparation for the 2023 AFC U-17 Cup.