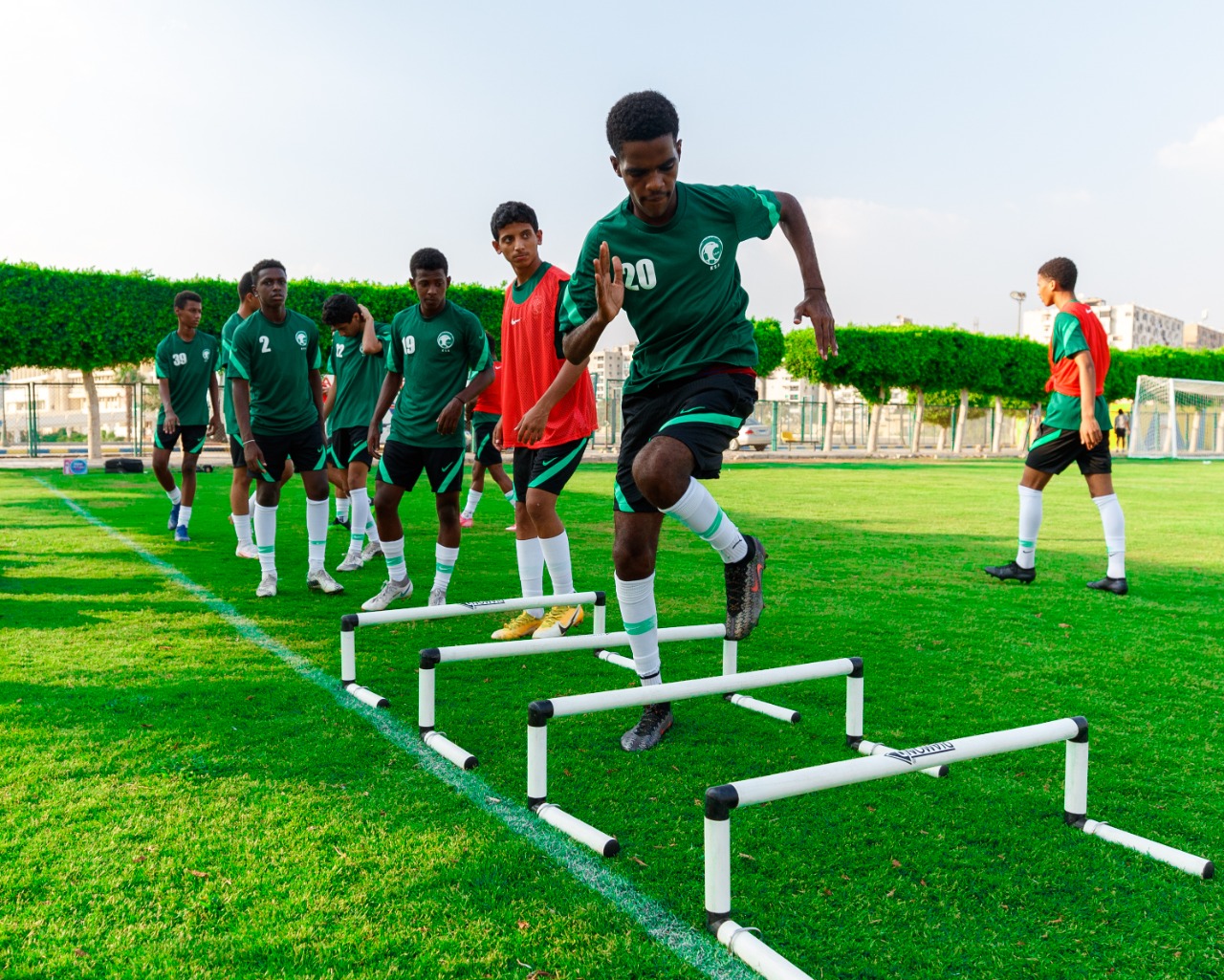 The NT U-17 will play its first test match tomorrow, Tuesday, in its preparatory camp in Egypt, which runs until the seventeenth of this month, as part of the third phase of the long-term preparation plan for the 2023 AFC U-17 Cup.

On the field, the Al-Akhdar players performed their training session on Monday evening, under the supervision of coach Abdelwahab Al-Harbi and the assistant technical staff. It began with a tactical exercise, followed by recreational exercises, to conclude the session with a practice of reaction speeds.

It is worth noting that this camp is the third in a long-term preparation plan that began with exploratory gatherings, followed by several preparatory camps, in preparation for the 2023 AFC U-17 Cup.